What is a Mechanical Seal?

Depending on the diameter of the rotor, work pressure, temperature of the packed gas and the frequency of the rotor speed, the leakage through every DGS can be from 0,01 to 0, 15 m3/min.

Although the value is equivalent to the intensity of the leakage through the oil seals, need to consider that at installed oil seals an additional gas leakage occurs from degassing of circulating oil. Usually gas from oil is released into the atmosphere, doubling the total volume of leakage through the seal up to 6 m3/min.

Reduction of the energy consumption

At dry gas seals installation the pumping systems for oil circulating are excluded, consuming the electricity, and hence the energy is saved. The power consumption of the oil seals is from 50 to 100 kW, while the losses do not exceed 5 kW in DGS. 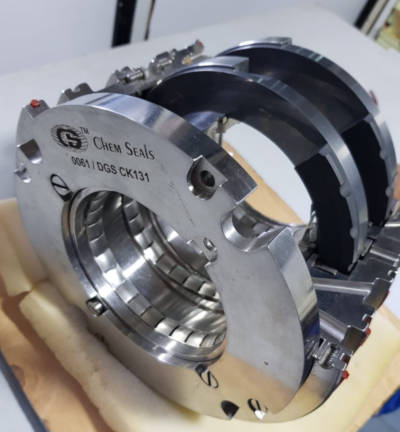 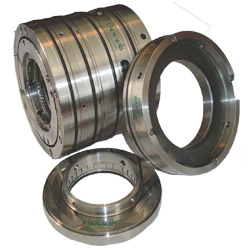 Replacement of oil seals into dry eliminates seal oil leakage in the flow part of the compressor and that is why there is no gas pollution and the pipeline's technical characteristics deterioration.

Dry gas seal systems have low time spending on maintenance, because they do not have assemblies, which are necessary at the oil circulation (pumps, control valves, relief valves) in comparison to oil seal systems.

Simplification of the software system

DGS systems do not require the installation of sophisticated components, which provide oil circulation, and devices for its processing and cleaning. 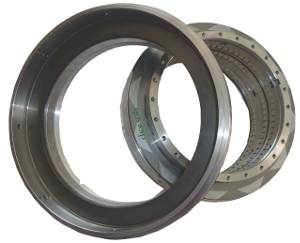 Most of idles of compressor with oil seals caused by problems in the sealing system.

Used on compressors jointly with oil bearings or bearings with the magnetic suspension. 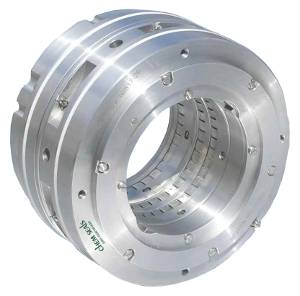 Used on compressors of different production.

Used on compressors jointly with oil bearings or bearings with the magnetic suspension. 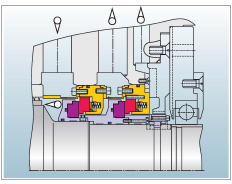 Used on the compressors jointly with oil bearings or bearings with the magnetic suspension. 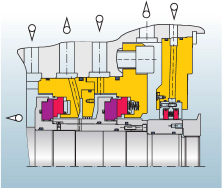 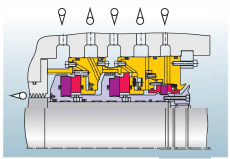 Used on the high-pressure compressors. 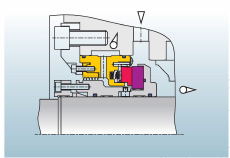 Used on compressors of chemical production. 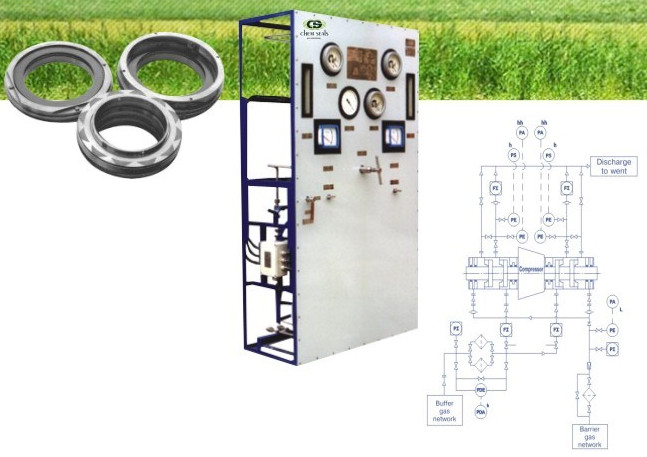 The primary leakage is controlled by flow meter and usually discharged to vent or utilized by its returning to the compressor first stage.

The secondary leakage is blown out to vent by the barrier gas.

Leakage to the compressor internals

Return leakage to the compressor internals is controlled by flow meter. 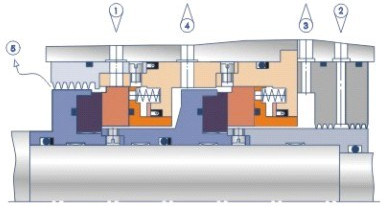