What is a Mechanical Seal?

Mechanical seal test rig has been developed and design by the Mr. Maaz Dhukka (Technical Director) of the chemseals .It has been design according to API 682 4TH Edition standard . And Test rig has been tested and run successfully.

To analyze the eﬀectiveness of new seal designs, it is important to compare their performance with existing designs. To do this, mechanical seals are tested in accordance with API Standard 682. The speciﬁcation requires every seal type (A, B and C) to be tested in every seal arrangement, single seal, pressure-less and pressurized dual seal. So as not to have to test every seal size, API 682 speciﬁes tests with the diameter sizes 50 mm (2 inches) and 100 mm (4 inches) at a speed of 3600 rpm. It is necessary further more to test each seal in the material combination „impregnated carbon graphite against reaction-bonded silicon carbide“ and „reaction-bonded silicon carbide running against silicon carbide“. Each seal version must also be tested with four diﬀerent media, and three buﬀer or quench media are stipulated in addition for multiple seals.

The test procedure breaks down into a dynamic phase, a static phase and a cycle phase of ﬁve cycles, with no dismantling of the seal allowed during the various phases. 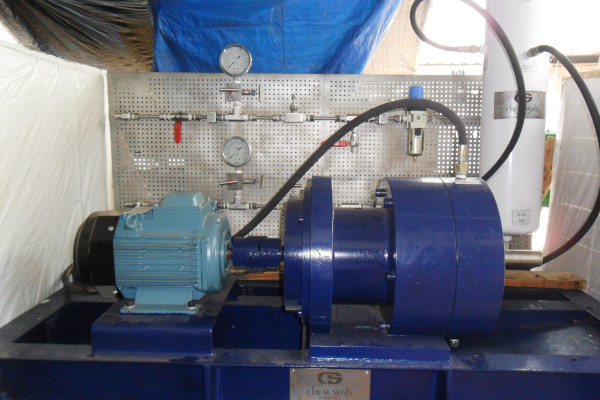 Tests are done at constant temperature and pressure at 3600 rpm. The test has to be done for over 100 hours and at base point conditions.

Tests are done at constant pressure and temperature at zero rpm for 4 hours. 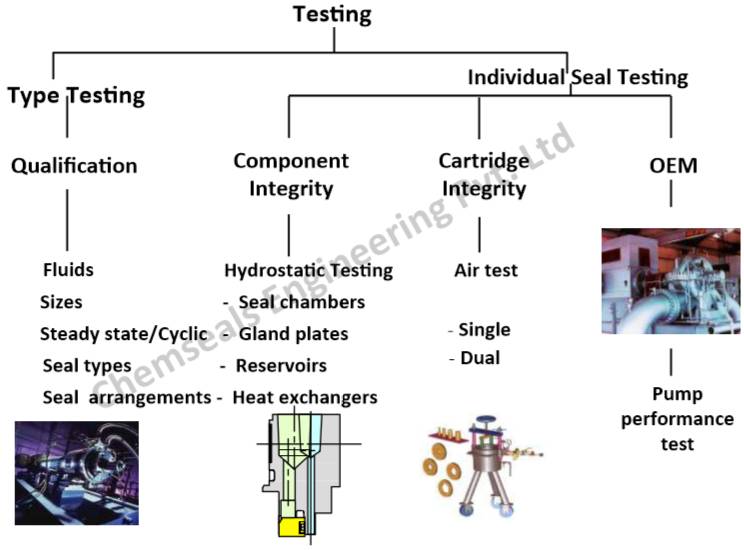 Before the mating rings are tested they are lapped to a surface ﬁnish between one and two helium light band. A helium light band is 0.0000116 inch or 0.29 micron. This is necessary as surface ﬁnish has an impact on a seal performance. The gland containing the mating ring was then mounted on the sha‘ and the primary ring was place in front of it on the sha‘. The simulated pump housing/ stuﬃng box is then mounted on the sha‘ and the sections are ﬁbed together until it seal without leaking. The completed seal chamber is then tested for leakage by turning on the circulatory pump, which causes the coolant to ﬂow through the seal chamber at a speciﬁc ﬂow rate and pressure. If there are no leakages the thermocouple wires extending from the back of the gland are connected to WebTc thermocouple reader. This thermocouple reader is connected to the internet system and its reading can be accessed by punching in the correct IP address. The mechanical seal was tested according to API Standard 682

Static Test : First the static test is done where the sealing chamber was pressure up to 20 psi (137900pa), at room temperature and le‘ for four hours. A‘erward checks are done to see if there are any leaks.

Cyclic Test : The mechanical seal is test put through a cyclic test with base pressure at 20 psi (137900 pa). The temperature of the seal chamber was lower to approximately 20 C by using ice water. It was le‘ for a period of about 30 minutes for it to abain base point temperature of 36 0C. The ﬂush was then turned oﬀ for one minute and then the shut down test was done. However the cyclic test was not done according to API Standard 682 because the mechanism to get the hot water to the test rig was not installed.

Dynamic Test : The ﬁnal test is the dynamic test for this test the mechanical seal sealing chamber was pressurized up to 10 psi (68950 pa) and a rotational speed of 3600 rpm. The coolant (ﬂush) through the seal chamber has a ﬂow rate of 10 gpm (.000633 m3/s). This test was run for over 100 hours. The temperature data from the transient to the steady state period was recorded for analysis. This test rig has a safety feature that would shut it down automatically in case there is leakage of the coolant to the surroundings beyond a certain limit 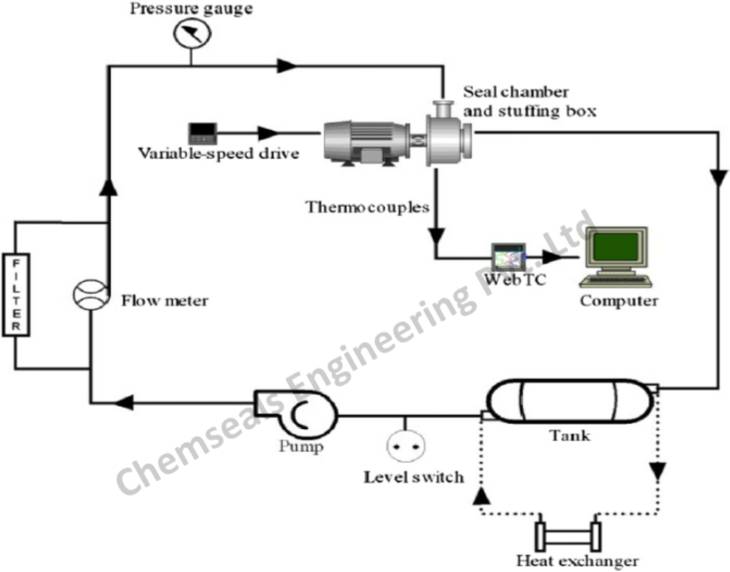 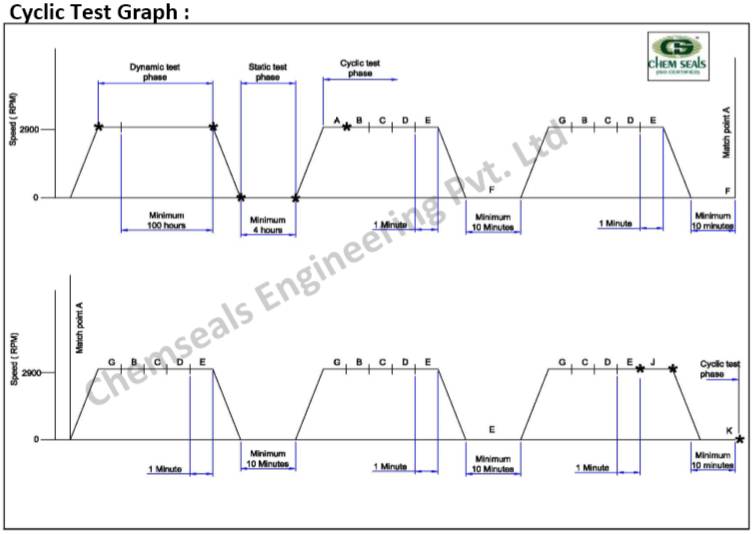 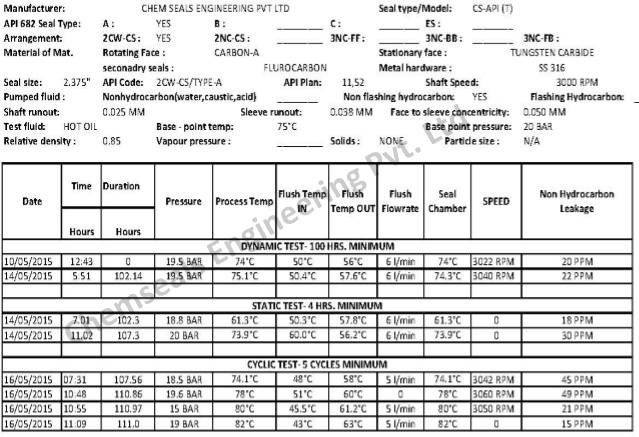 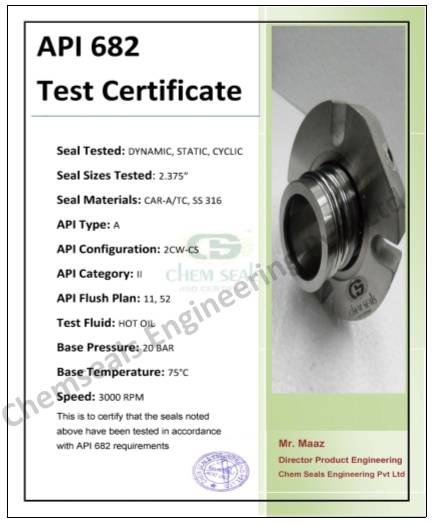